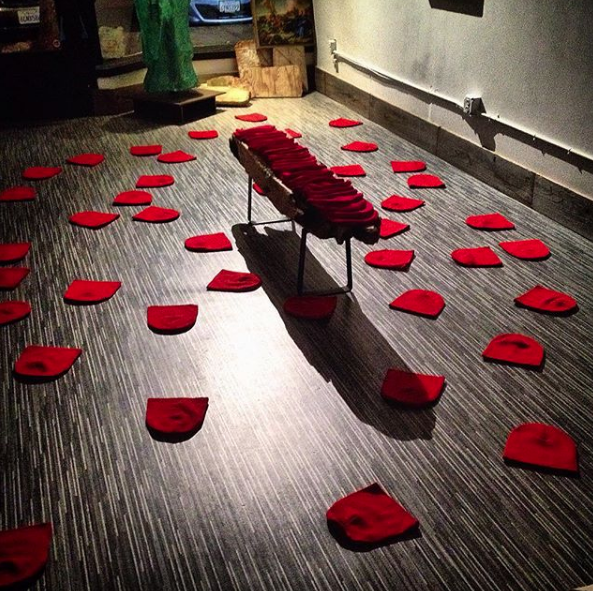 We will all live under the sea

The Great Highway Gallery is pleased to announce the group exhibition We Will All Live Under the Sea a study of Jacques-Yves Cousteau. On view from November 4th – December 19th , the exhibition will feature painting, sculpture and photography from over 20 emerging and established artists. The opening reception will be held on November 6th from 6:00 to 9:00 p.m.

We Will All Live Under The Sea is a study of the late Jacques-Yves Cousteau. It would be difficult to overstate the influence of Jacques-Yves Cousteau. His life and work set the tone for three generations of biologists, ecologists, divers, inventors, surfers and dreamers. Rather than pursuing wealth and comfort Cousteau pursued adventure and sanity. This show pays homage and shows gratitude to the noble captain. We truly stand on the shoulders of giants.

On November 14th from 6:00 to 9:00 p.m. Liz Cunningham will be at the gallery to discuss her recently released book. Ocean Country ,  with a foreword by Carl Safina, is an adventure story, a call to action, and a poetic meditation on the state of the seas. But most importantly, it is the story of finding true hope in the midst of one of the greatest crises to face humankind. To learn more about Liz Cunningham visit her web site at website. All proceeds of the sale of Ocean Country will benefit Sustainable Surf (website) whose mission is to be the catalyst that transforms surf culture into a powerful force for protecting the ocean. 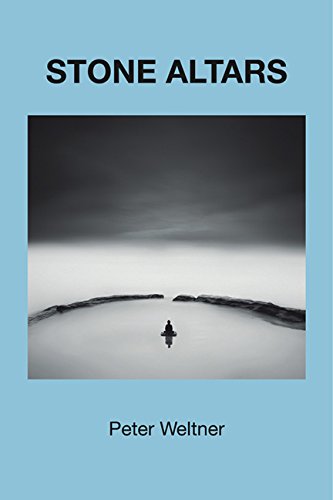 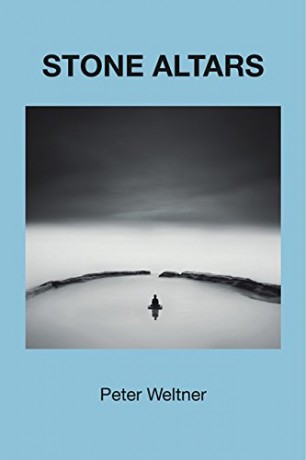 A Statement by Peter Weltner

Whether to the world inside or outside of oneself, all art begins in attention. As the artist is attentive to the world, the person reading a work, looking at it, or listening to it is attentive to it, to what it is as much as to what it is about. Any successful creation must see and understand more than its creator senses or knows. Art, even the most material and secular, is thereby a means of both meditation and transcendence.

For me, lyricism in poetry, in any art, is this attentiveness intensified into music. It is a way of thinking as much as a way of seeing and hearing. Through clarity of thought and precision of description, it is an expression of responsiveness. There can be no art, even the darkest, without gratitude.

A poem, a photograph, a song attempts to find the right shape and form for a moment or for moments of awareness, acutely experienced. The form in which it finds itself, whether strict or loose, closed or open, must be given to it, not imposed. A traditional form, when found to be right, must be specific for the occasion that summons the work, the emotion or experience that has led to it, with nothing arbitrary about it.

In a poem’s music, its particular rhythms and song, an implicit drama unfolds. One way or another, even in the most experimental work, there is a story, latent or explicit, being told. Art, every art, is at least secretively a narrative.

Stone Altars is a book of poems engaged in asking fundamental questions, never to be answered, uncertainties which have haunted me since boyhood. It is a local poetry of sea, sun, sky, trees, rocks, streams, and hills, of loss, time, death, and memory, friends, lovers, and families. It seeks in its forms what resonance the past can offer since sounds and shapes may expand meaning beyond what words alone can say. In stories and writings from various sacred traditions, it searches for images and metaphors which can be borrowed for serious thought in poetry today. It contends throughout that then is now.

The old questions suffice and endure: mortality, the swiftness of youth, the brevity of all human life, the tragic beauty of the world, love’s pain and beneficence, the call to compassion. These are the almost shamelessly big themes that recur in Stone Altars, that its poems brood upon and ponder while it tries to be as attentive as possible to the particular, the specific, the concrete.

Music is foundational to all the arts, even sculpture, the pulse by which they beat and by which they live, the rhythm they breathe and move in, a music that is visible and vibrant, too, in pictures like those by Nathan Wirth which have inspired many of the poems in Stone Altars or by Galen Garwood for the work in Water’s Eye. My writing finds its soul, if it does, always through dialogue, the music heard, the heart beat found, in that interplay. The inspiration given by the art of others is as essential as the world’s.

Peter Weltner has published five books of fiction, including The Risk of His Music and How the Body Prays (Graywolf Press, 1997 and 1999), three poetry chapbooks, three collaborations with the artist and photographer Galen Garwood, most recently Water’s Eye (Marrowstone Press, 2015), and four full length collections of poetry, among them To the Final Cinder and Stone Altars (both BrickHouse Books, 2013 and 2015).  His work has been included in several national anthologies and dozens of journals and literary magazines.  He has won two O. Henrys, in 1993 and 1998.  He taught at San Francisco State for thirty seven years.  He lives two blocks from Ocean Beach.

A Statement By Nathan Wirth

“In an age when the possibility of a world view based in meaning is often
rejected and replaced with a world view bound to a kind of cheap irony– one that
always seems poised to humiliate anyone and anything in exchange for a
cheap laugh– I hope that my simple little slices of shorelines and hillsides
are able to contribute to a conversation that, in silence, skirts along the
edges of the absurd and insists on the possibilities of meaningfulness …“

Nathan Wirth, who was born and raised in San Francisco, is a self-learned photographer that uses a variety of techniques— including long exposure and infrared— to express his unending wonder of the fundamental fact of existence by attempting to focus on the silence that we can sometimes perceive in between the incessant waves of sound that often dominate our perceptions of the world. Nathan earned both his Bachelor of Arts and Master of Arts in English Literature from San Francisco State University and brings a deep appreciation of poetry to his explorations of place (especially the sea). Poets such as George Oppen, Seamus Heaney, Robert Frost, Elizabeth Bishop, James Schuyler, Lorine Niedecker, andGeorge Mackay Brown have played a fundamental role in shaping his attention to the things and places that he photographs. Often returning to the same locations many times, Nathan seeks to explore the silence and the sublimity of those places. In addition to poetry, Nathan is profoundly influenced by the paintings ofCaspar David Friedrich, Edward Hopper, Mark Rothko, and Camille Pissarro and the photography of Michael Kenna, Edward Weston, and Wright Morris.

Recently, Nathan has been studying and integrating into his work Japanese traditions of Zen, rock gardens, and calligraphy– as well as the transience, impermanence, and imperfections of wabi-sabi. Nathan’s studies of calligraphy and Zen writings have led him to the practice of trying to achieve, while working on his photography, a mind of no-mind (mu-shin no shin), a mind not preoccupied with emotions and thought, one that can, as freely as possible, simply create.

Nathan also curates and edits, slices of silence, an online place to read and view conversations about photography.

Nathan, after living in San Francisco for the first 44 years of his life, moved to Marin County and currently makes his living teaching English Composition at City College of San Francisco. 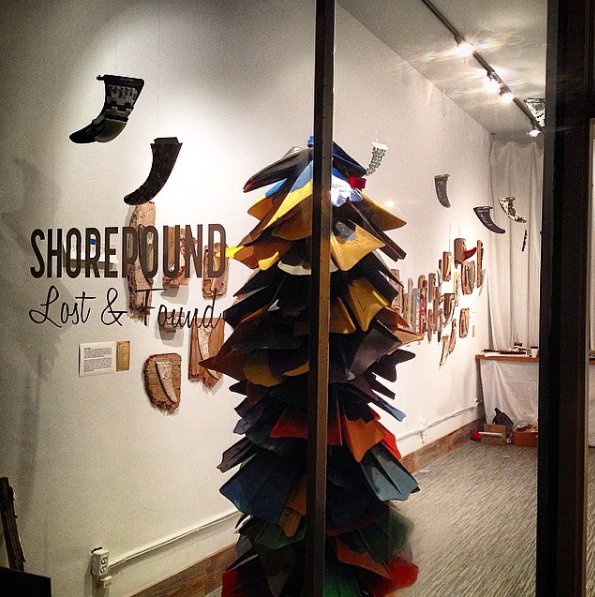 SAN FRANCISCO, June 5, 2015 – The Great Highway Gallery is pleased to announce its first summer exhibition Shorepound Lost and Found, featuring work by artist Mark Cunningham and Jonathan Steinberg. On view from July 11 – August 29th , the exhibition will feature assemblage from artist world champion bodysurfer Mark Cunningham’s extensive scavenging from the North Shore of Hawaii and will also include photography and an installation by artist Jonathan Steinberg. The opening reception will be held on July 11 from 6:00 to 10:00 p.m.

Made in Hawaii, born in Massachusetts, Mark Cunningham has been in love with Hawaii’s ocean and surf for 59 years and is recognized as one of the best bodysurfers in modern history. While living and lifeguarding on the North Shore, this Ocean Ambassador was helping and assisting locals, visitors and international surfers both in and out of the water for nearly 20 years at the world famous Banzai Pipeline.

“When the conditions allow, I don mask, fins and snorkel and make the most out of exploring and scavenging reefs and impact zones for exercise and treasure. Archaeological beachcombing between Makapuu and Kahuku on Oahu’s Windward shoreline, provides pieces of life, stories and adventures. Remains of a wipeout, a forgotten wallet brought into the inviting waters, the shiny and new becoming corroded and encrusted in their underwater resting place are resurfaced and brought back to land to question what happened.”

Jonathan Steinberg was born in 1959 in Glen Cove New York. He lives, works and surfs on the Westside of Santa Cruz.

“I am interested in the character and personality that common consumer items acquire with use and age. This exhibition has portraits and an installation with bodysurfing swim fins as their subjects. The fins are beautiful and functional when new and then as they are used, abused, loved and lost gain a quiet dignity and world-weary melancholy. The portraits are of individual fins that have gained narrative with age. The installation is made out of fins I have collected over the years. Most of my fins are orphans, found on the beach, at the dump, or at yard sales. I make pairs and give them away. If someone loses a fin they can come to me and find a match. Surfing comes before collecting and art.”

The Great Highway is a fine-art gallery and working studio located in San Francisco’s Outer Sunset district. The gallery was founded by John Lindsey, a resident of the city with a deep appreciation for images and ideas that explore the intersection of land and water in contemporary work. The Great Highway Gallery’s mission is to seek, analyze, support, and promote the work of a diverse group of artists who seek sincere beauty, challenge conventional thinking, amuse us, and push the boundaries of today’s creative media. The studio collaborates with these artists in developing, printing, and presenting their work in a way that encourages the ongoing conversations in San Francisco’s many microcommunities. To learn more about the gallery, visit www.thegreathighway.com.

For Further information and Press Enquiries contact the gallery at info@thegreathighway.com or call +1 (415) 680-3891.