Exhibition Statement
October 17, 1989 at 5:04 was a moment of profound rupture in the Bay Area. The Loma Prieta earthquake that day reshaped much of the culture and landscape on a local scale during a year of upheaval on a global scale, from Tiananmen Square to the fall of the Berlin Wall.

Rupturre Redux is the latest incarnation of artist Jenifer K Wofford’s keen interest in retracing what broke in 1989, and what has been rebuilt in its place. Working in an aesthetic loosely inspired by the design palette of that era, Wofford investigates a broader array of dates and sites of calamity and collapse, both public and personal.
The window display presents Wofford’s 2019 video, Klub Rupturre!! in a new immersive installation. The video, taking the form of a 1989 regional TV Dance Party, shows a creepy television hostess and dancers presenting each song on a top ten countdown leading up to the moment of the Loma Prieta earthquake. Inside the gallery, Wofford presents a selection of works on paper from her ongoing Rupturre series.

Wofford is a 2017 recipient of the Joan Mitchell Foundation Painters and Sculptors Grant. Her other awards include the Eureka Fellowship, the Murphy Fellowship, and grants from the San Francisco Arts Commission, the Art Matters Foundation, and the Center for Cultural Innovation. She has also been artist-in-residence at The Living Room (Philippines), Liguria Study Center (Italy) and KinoKino (Norway).

Born in San Francisco and raised in Hong Kong, Dubai, Malaysia and the California Bay Area, Wofford has also lived in Oakland and Prague. She lives and works in San Francisco. 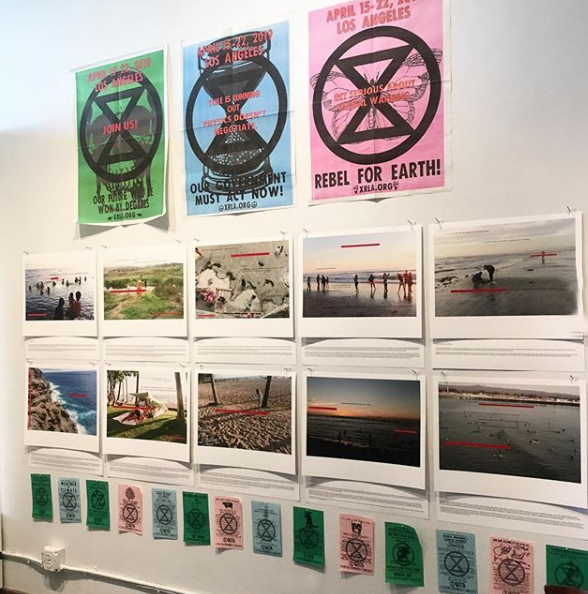 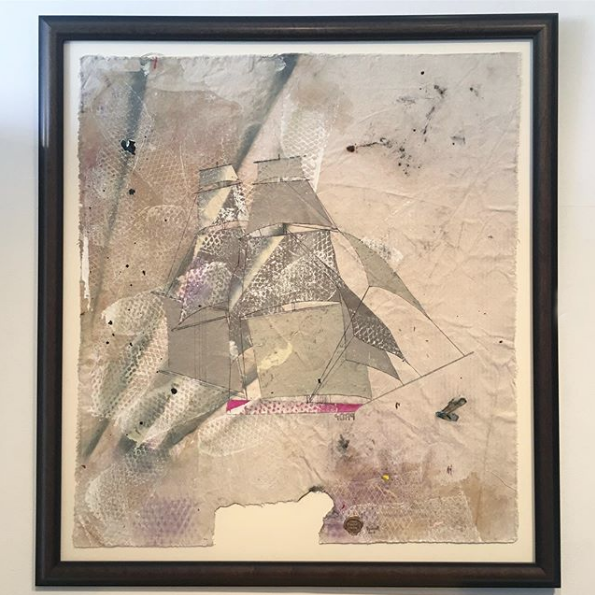 Through August 11 on our Main Wall

The Ship that Found Herself
We now, held in captivity,
Spring to our bondage nor grieve–
See now, how it is blesseder,
Brothers, to give than receive!
Keep trust, wherefore we were made,
Paying the debt that we owe;
For a clean thrust, and the shear of the blade,
Will carry us where would go.
– Rudyard Kipling